The developer of a proposed logistics hub in Will County said that new polling shows widespread support for the $1.7 billion project.

Opponents, however, said they will keep fighting the project in court and that regulators have yet to approve key steps needed to move the project forward.

Read more at the Daily Southtown

As far as the “polling”, the area cited is ridiculously huge. NorthPoint had to poll outside of Will County in order to find support. 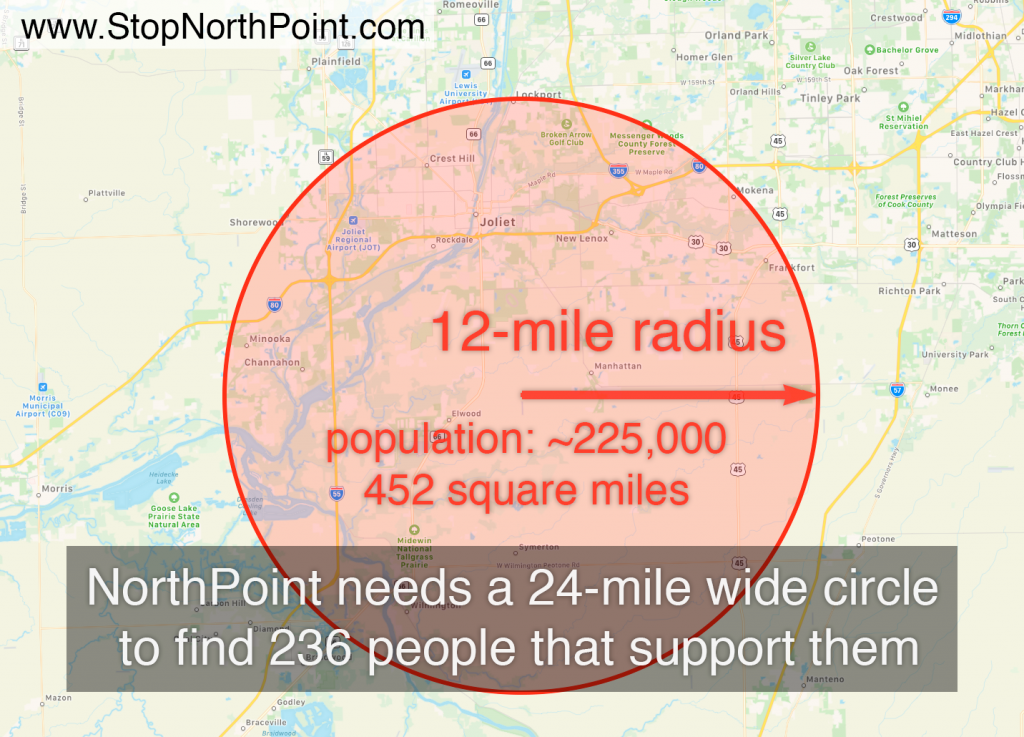 In their 70-mile circle (3,847 square miles) the area covers parts of Lake Michigan and Indiana, the population is ~4.5 million, and they polled only 600 people: 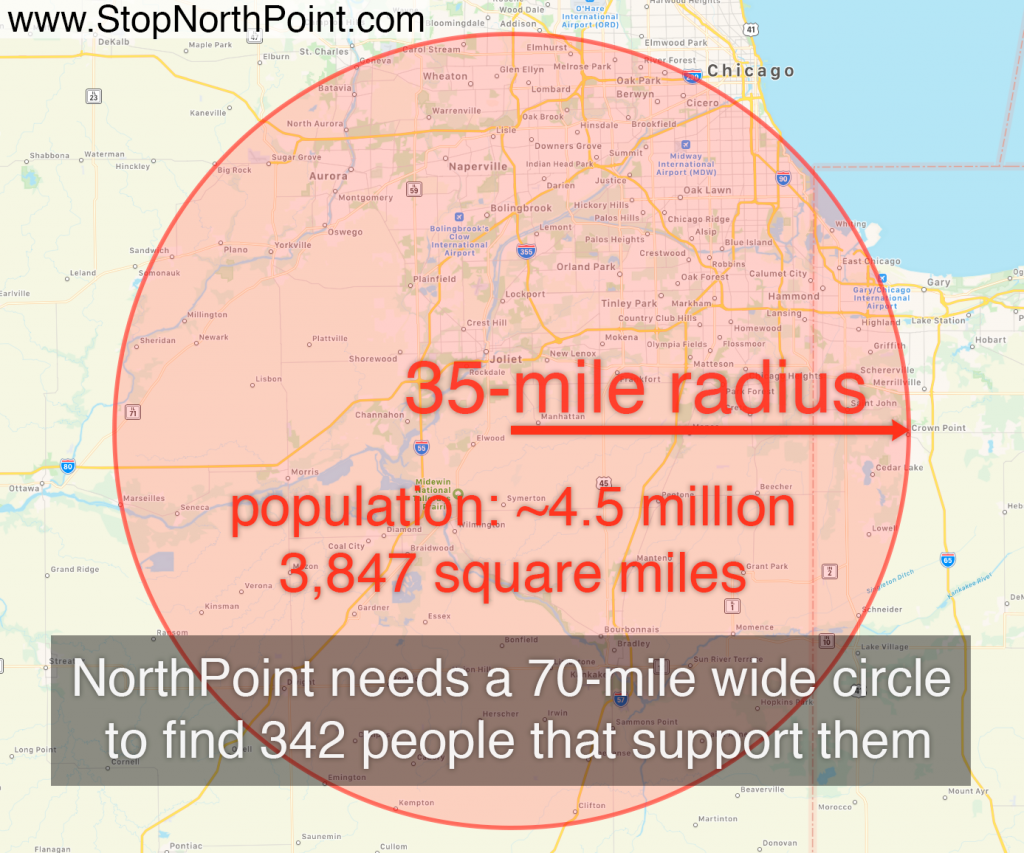 I wonder what the results would have been if they polled in a 6-mile radius instead… all the communities that are directly impacted, and coincidentally the most educated and well-informed about the history and practices of NorthPoint Development.