NorthPoint Development’s proposed addition to the Compass Global Logistics Hub in Joliet will likely lead to a new round of battles over the controversial project.

The annexation agreement, which was approved by the City Council in December 2020 after 80 people spoke for two days against the NorthPoint project at a public hearing, is expected be rewritten for the altered plan recently submitted to the city.

The revised plan, which would include a Route 53 bridge in the vicinity of Breen Road, is slated to go to the Plan Commission for consideration on Nov. 18 and then to the City Council for a final vote probably in December.

“That’s more opportunity for the public to express their opposition, and we anticipate that that’s going to happen,” said John Kieken, a co-founder of the Stop NorthPoint group that is trying to stop the project in court.

A Will County judge in July ruled against Stop NorthPoint’s lawsuit seeking to block the project. The organization was back in court this past week asking Judge Ted Jarz to hold off on their motion to reconsider his decision because of the new NorthPoint plan.

“If they’re going to be rewriting the annexation agreement, that’s going to be part of our lawsuit,” Kieken said.

NorthPoint has not responded to requests to comment on the revised plan.

But Chris Regis, assistant city attorney for Joliet, said the added land amounts to about 400 acres and includes land on both sides of Route 53 in the area of Breen Road where NorthPoint is proposing a bridge.

NorthPoint has yet to begin construction on the 1,360 acres included in the original annexation agreement largely because it has been tied up in court by the village of Elwood’s efforts to block the developer from building its Route 53 bridge at Walter Strawn Road, a village-owned road in Elwood.

The bridge is required in the Joliet annexation agreement and will remain in the new agreement, Regis said. The bridge is needed for the closed-loop concept, which NorthPoint says will limit the amount of trucks on Route 53 and local roads.

Elwood also lost its case before Judge Jarz but is appealing the ruling, which is likely to take months if not a year or two.

Kieken said NorthPoint’s latest proposal shows the developer is determined and the opposition will need to be persistent, too.

“We have to remain diligent and not be fooled into thinking that this whole development hinges on a bridge in Elwood,” Kieken said. 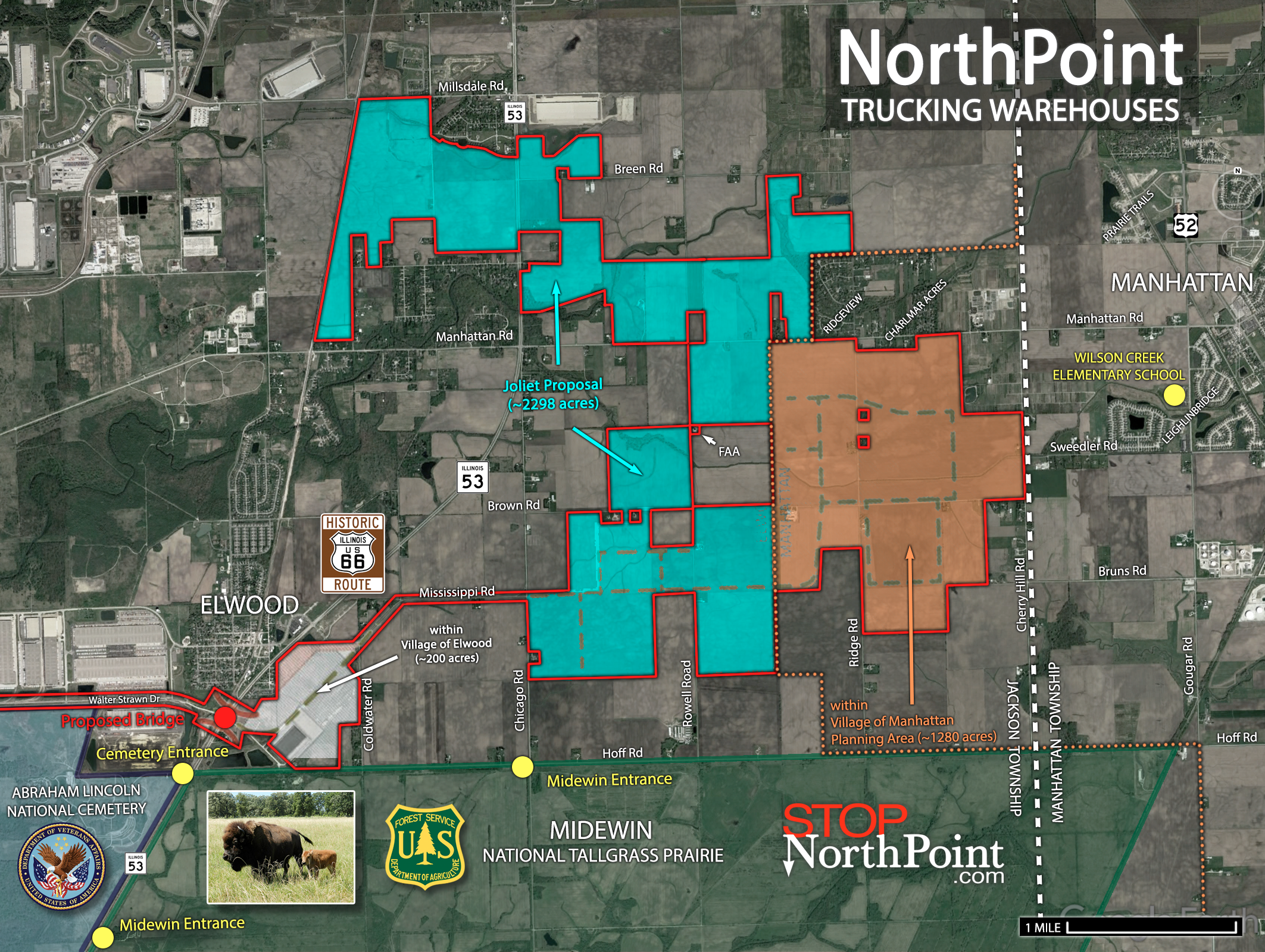 This is the 2021 proposed Compass Project as an overlay on top of satellite imagery of the actual location between Elwood and Manhattan. The borders of Compass are in red. It covers approximately 3,800 acres (~6 square miles) and is approximately 4 miles wide by 5 miles long. It is also more than 6 miles from any major expressway. 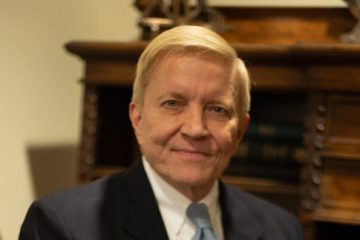 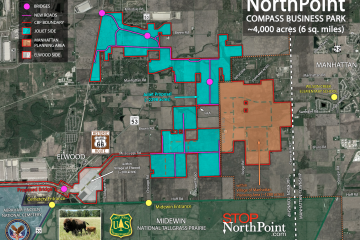 “No Bridge, No Project” is something we’ve been hearing a lot over the last several years.  It refers to NorthPoint’s proposed bridge over Route 53 in Elwood being critical to the project.  Unfortunately, it’s a... Read more →