This is far from over! The Stop NorthPoint legal team is more committed than ever to take this battle as far as it needs to go.

A Will County Judge has ruled against the village of Elwood in their effort to stop a proposed bridge for the Compass Business Park. NorthPoint properties is attempting build a 1,300 acre logistics facility in the southern part of the city of Joliet and the project is said to be contingent on the proposed bridge being constructed. The village of Elwood said the proposed bridge could be a safety issue for the community. Will County Judge Theodore Jarz ruled that the safety issue is not for Elwood to decide but that the Illinois Department of Transportation and the Illinois Commerce Commission must make that decision.

Read the story at the Joliet Herald-News

The Joliet City Council voted 6-2 for NorthPoint Development’s latest plan on Tuesday, again after lengthy comments from opponents to the project. The approved plan was an expanded from what the council approved a year ago to 2,300 acres. It does not includes a proposal for a bridge near Breen Road. NorthPoint has yet to begin construction and has been fighting litigation aimed at blocking the project.... Read more → 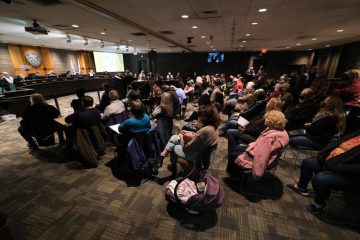 The Joliet City Council vote on NorthPoint will proceed on Tuesday after a judge denied opponents’ attempts to delay the public hearing on the project. Will County Judge John Pavich on Thursday ruled against Stop NorthPoint’s petition for a temporary restraining order that would have delayed the hearing and instructed the city to turn over documents related to any traffic or environmental studies.... Read more →