Join Stop NorthPoint at the Will County Fair!

Ted, now 100 years old, served in the US Army Air Force as a radioman on a B-17 Bomber Flying Fortress. He served the maximum 25 allowed missions before returning home. His plane, the “Thundermug” named after a chamber pot for dropping bombs. He was stationed in England, each mission had a maximum of 11 hours. He served early in the war, joining two months before the invasion of France. He was married to Esther Micci for 68 years before she died in 2013. Ted is a plaintiff in the Stop NorthPoint lawsuit.

Ask questions and learn the facts about protecting our farmland, our community, our veterans cemetery, and our national tallgrass prairie. Save Will County!

For more information about the Will County Fair: willcountyfair.org 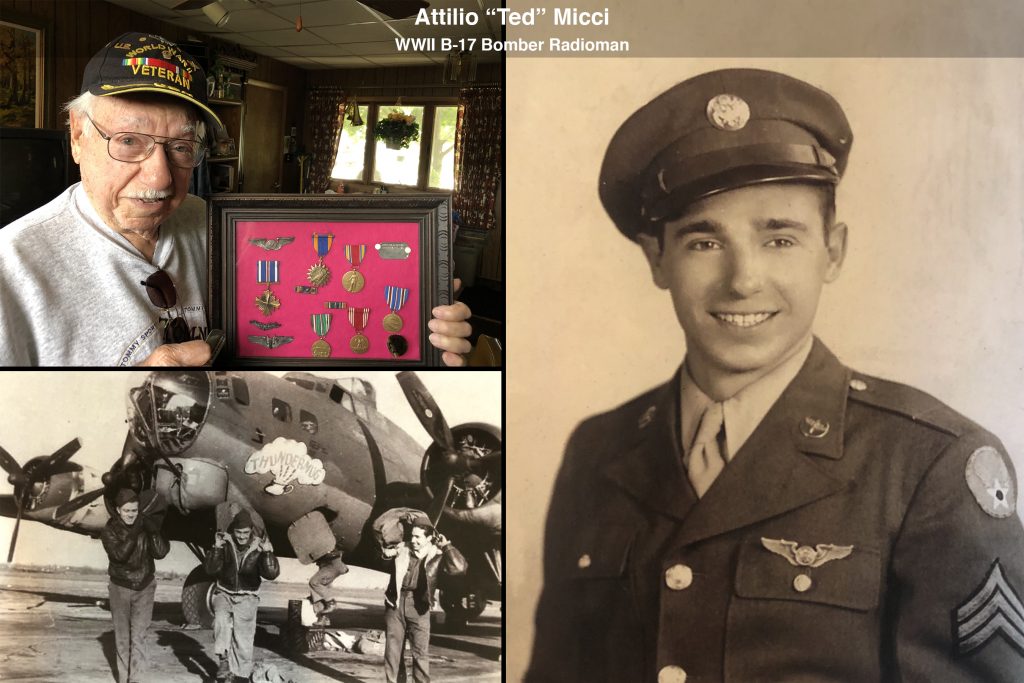