Joliet’s Gift to Will County –

It’s our second Christmas during Covid. Joliet and NorthPoint Development have chipped in to get Will County the same present as last year – even more warehouse space than it needs or deserves. Will County also gets a jumbo stocking full of coal… endless traffic, noise & diesel pollution, destruction of property value, and loss of prime farmland.

Kansas City based developer NorthPoint celebrates such “successes” by producing tasteless corporate video Christmas cards. Recently obtained by Stop NorthPoint, their expensive 2017 holiday production opulently celebrates the birth of Jesus with various pop-song parodies that feature many of the company’s principals and employees.

A segment at 03:36 includes NorthPoint president and founding partner, Chad Meyer, dressed as an urban rap artist wearing a solid gold dollar sign on a chain and throwing wads of cash around, while spoofed lyrics to Coolio’s Gangsta’s Paradise, renamed “Warehouse Paradise”, are playing:

“Been spending all our time building up a warehouse paradise. Big tenants stand in line to lease up our warehouse paradise. Miles and miles of concrete, steel by the ton. BNSF railway that’s huge deal we won. Ten million feet now, will we build millions more?”

In other parts of the video, Brent Miles, the Chief Marketing Officer sits pants-less on a copy machine while Kelly Clark, founding partner and Chief Asset Management Officer, sings about “over-achieving”. Meanwhile, other employees drunkenly pour alcohol into each others’ mouths, toss cash, and the CEO’s wife makes out with a plastic Santa Claus. Nathaniel Hagedorn, founder and CEO, is later seen in the video wearing a cartoonish Japanese sumo wrestling suit during a song about the annual corporate trip to tropical Bora Bora.

NorthPoint’s colossal Joliet project is being subsidized by taxpayers in the form of destruction to our infrastructure and tax breaks while NorthPoint’s greedy leadership parties like intoxicated frat boys.

What kind of corporate culture not only condones but celebrates such crass behavior, especially as part of a Christmas video? Who is Joliet partnering with?

The fate and future of Will County and the southern Chicagoland area are now in the hands of these people. 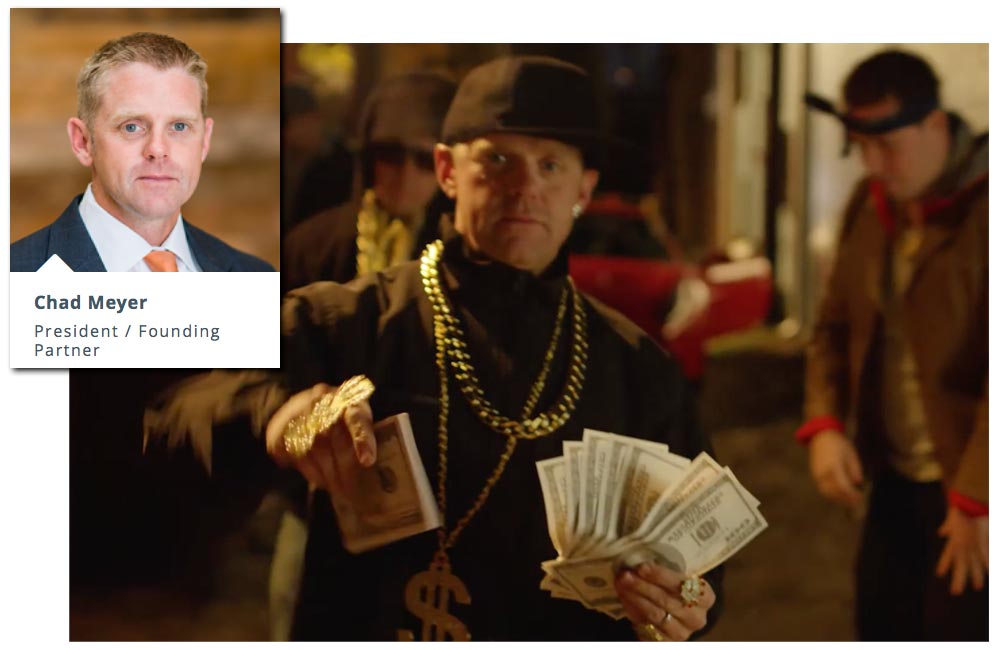 The full Christmas video below:

Last Tuesday night at Joliet City Hall, we witnessed a developer get preferential treatment by being allowed to sit at a special table right next to the elected City Council members and City staff. At 4,000 acres and more than 40 million square feet, NorthPoint is by far one of the largest industrial developments in Will County, and will have many devastating impacts on neighboring villages, townships, and communities. After a mere 5-minute presentation by the developer, NorthPoint’s attorney addressed the issue of no traffic and environmental impact studies as exposed by Stop NorthPoint over recent weeks.

Once again, only days before Christmas and in the midst of a pandemic, after hours of testimony and comments in opposition to the project and no deliberations, Joliet City Council voted 6-2 in favor while completely disregarding the objections of the Villages of Elwood and Manhattan, Jackson and Manhattan Townships, and every single interested party and member of the public.

Expected to bring over 50,000 cars and 15,000 trucks per day along with noise, pollution, and destruction to taxpayer-funded infrastructure and the environment, and yet no impact studies have ever been considered by this public body. Not one traffic or environmental impact study was ever part of the city’s considerations. Furthermore, there has been no cooperation whatsoever with any affected neighboring government.

We have been violated.

For a city to come down and forcefully take a large percentage of a neighboring community that does not want them is a violation by any definition. The citizens of the Elwood/Manhattan community have an absolute right to determine the fate and future of their own quality of life. Joliet has taken that away from every single one of us. I cannot think of anything that is more UN-American than this.

This violation only strengthens our resolve to fight and we will continue to stand up against municipal bullying. 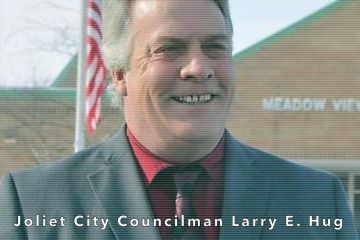