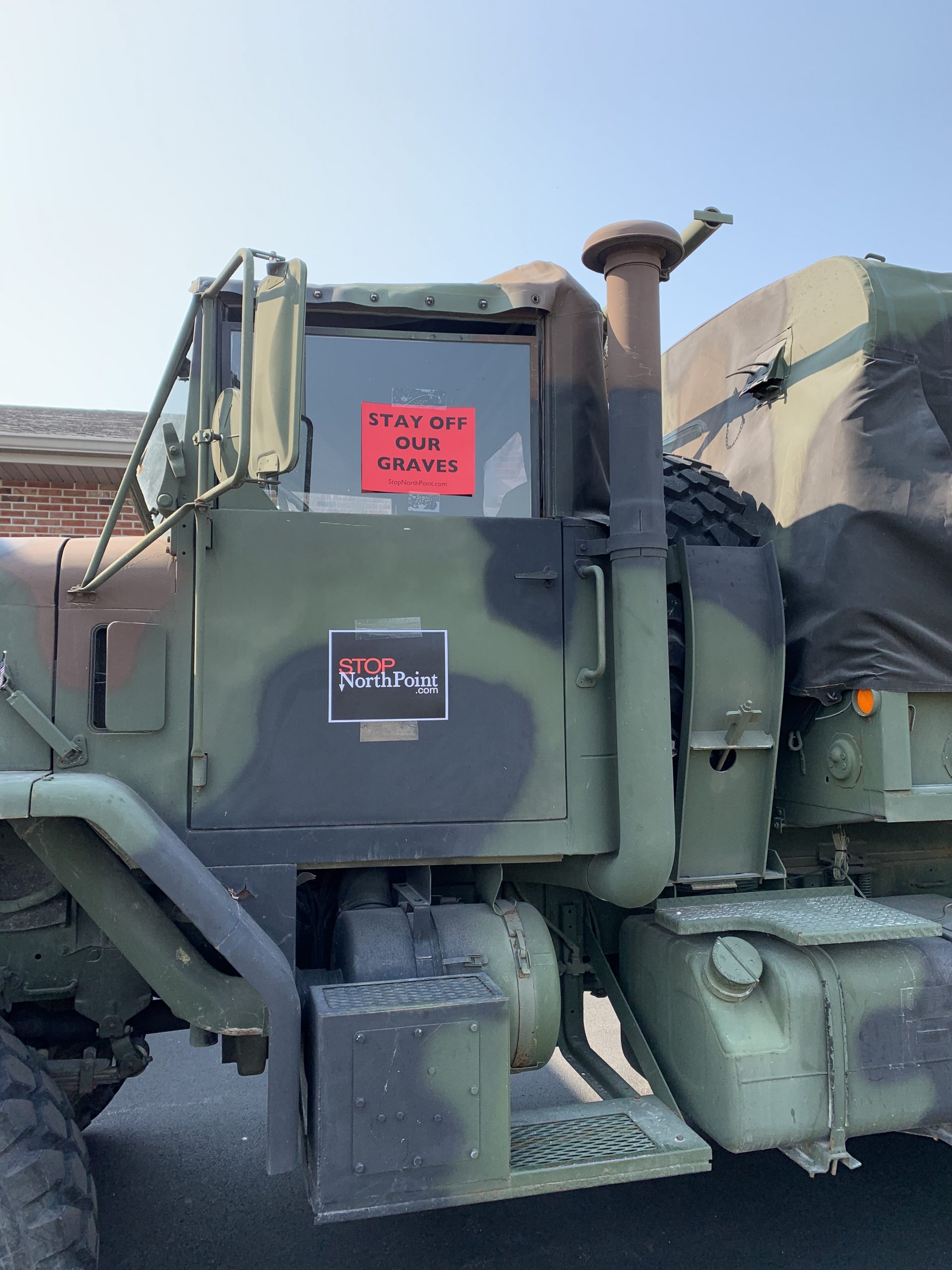 In the past two weeks, the opposition movement effectively changed the narrative about NorthPoint. No longer can it be assumed NorthPoint’s “a done deal.”

Let’s recap. NorthPoint’s self-funded push-poll to find supporters worked against them. Every media they pitched the story to saw through their leading questions and 70 mile-wide circle that reached all the way to Elmhurst in order to find a few hundred supporters. Instead of getting favorable coverage from the reporters, stories instead revealed NorthPoint hadn’t submitted the proper paperwork to Joliet.

Then Wednesday’s strong alliance of thousands of veterans from Stone City VFW, the Buffalo Soldier Memorial American Legion, the Veterans of the Menominee Nation, and many veterans of New Lenox, Manhattan and Sandwich, who joined with Stop NorthPoint, Elwood and Jackson Township officials was like the one-two punch. This opposition alliance called on the FAA to make a proper Historic Preservation Act review before taking a neutral stance on annexing the much-needed FAA property into Joliet. At best, NorthPoint won’t get contiguity. At worst, the review process would delay the project to a federal government’s pace.

Just as the veterans were rising up to protect our beloved national cemetery and the other historic properties, the Veterans Affairs National Cemetery Administration issued a strong letter of concern opposing the project, outlining many of the same issues the veterans had said, including noise and smog. Congratulations to Elwood’s Clerk and Village Administrator Julie Friebele for her long haul effort to secure that letter!

For those of us ground troops who have been crawling on our bellies uphill one elbow at a time to fight the enemy, NorthPoint, this letter comes as tremendous air support. The VA and the Village of Elwood just got our six.

The week ended with a keen-eyed resident who noticed concerning, suspicious irregularities in the signatures of the notary on NorthPoint’s documents submitted to Joliet. There are lots of new issues and twists for Joliet City Council to consider. Even if they pass this vote Tuesday, to annex the first bunch of parcels into Joliet, we, at Stop NorthPoint, are no less encouraged by the events of the past two weeks.

We remain confident there are enough pieces to this puzzle to earn us a win in court. We continue to raise money for our attorneys via www.StopNorthPoint.com. We will file a powerful lawsuit at the correct time, and not a moment before.

Meanwhile, Manhattan needs to stay vigilant as more pressure is placed on the FAA property. NorthPoint would need contiguity elsewhere. If Mayor Doyle and Kevin Sing are also discussing dropping the boundary agreement along with their not-so-secret negotiations about closing roads, they would also be dropping our britches on contiguity.

Two things for people to do: First, visit stopnorthpoint.com (this page) for an easy online form that emails our federal legislators telling them we stand with our veterans and families in opposing NorthPoint. Second, speak your mind at the Joliet City Council Meeting Tuesday. 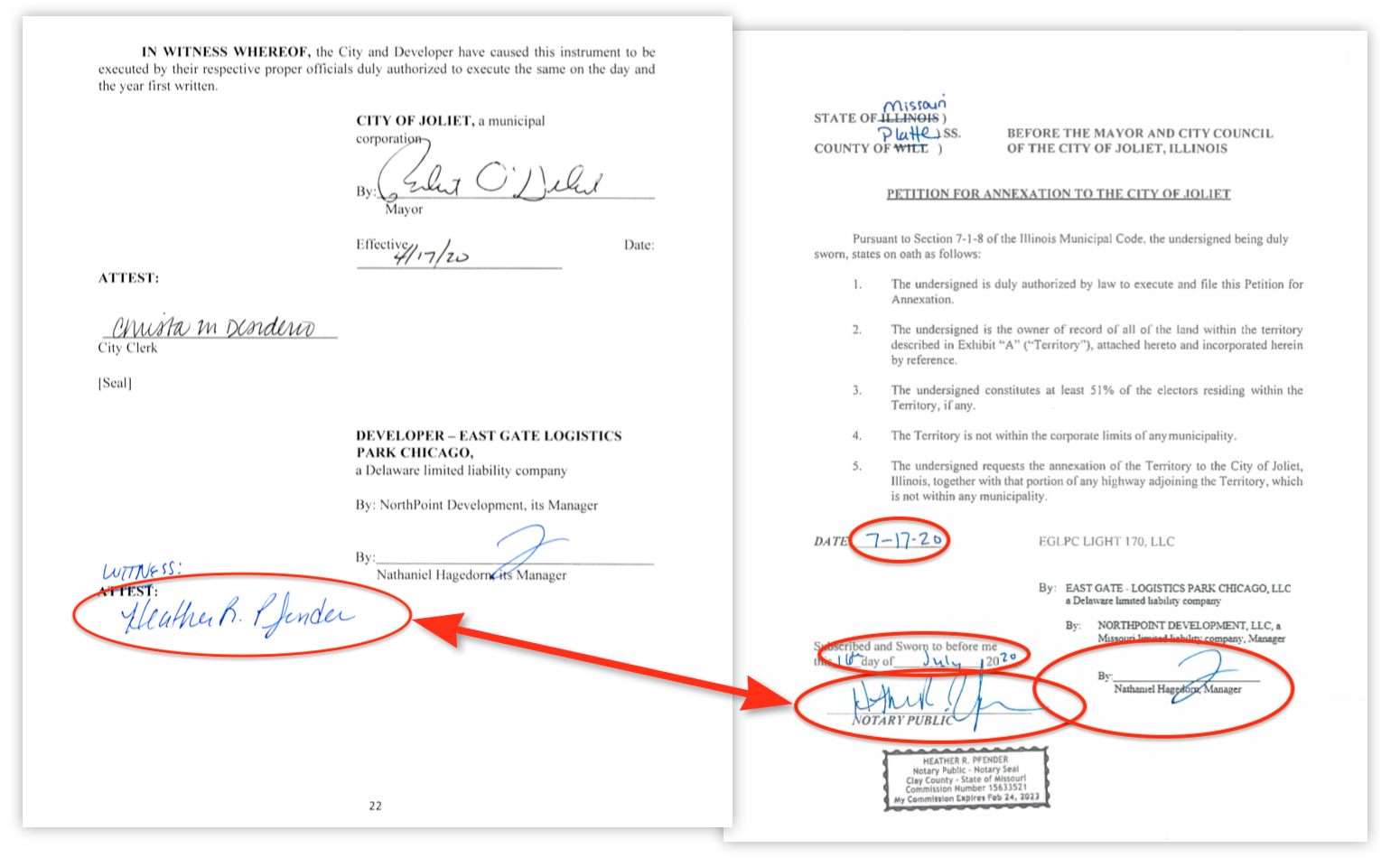 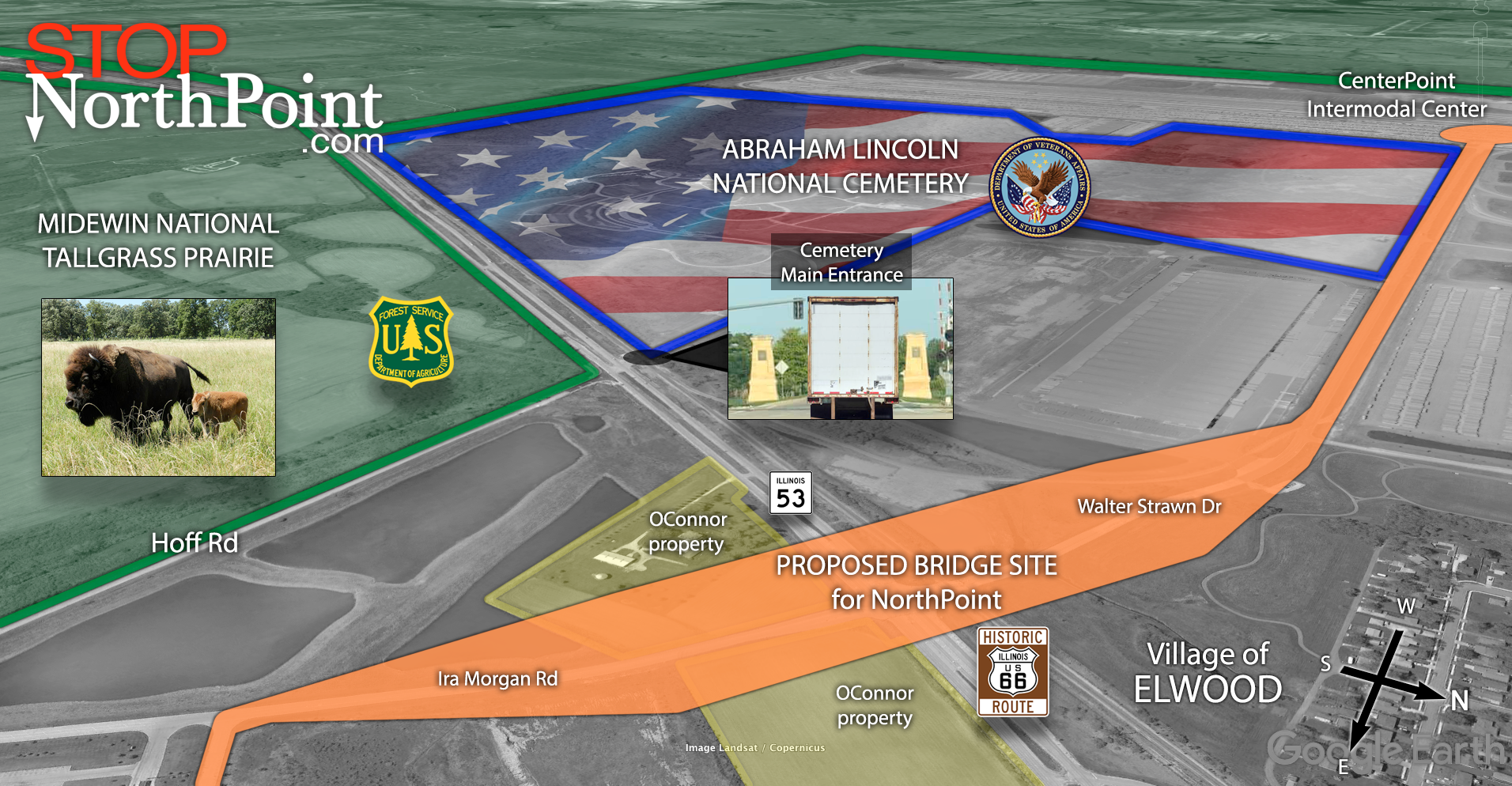 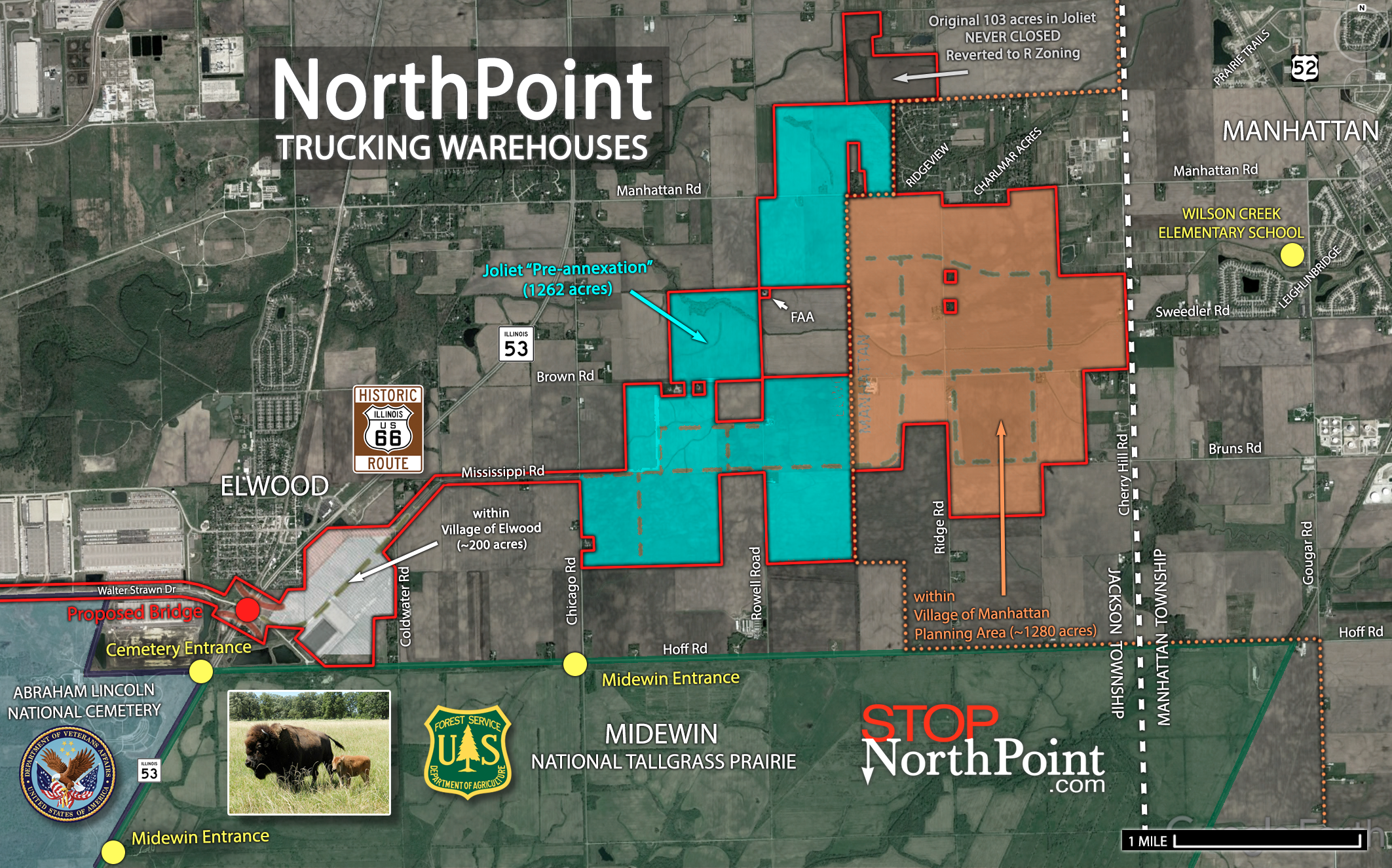